You may have seen Curtis “50 Cent” Jackson make the news at the end of January after becoming a Bitcoin millionaire. The rapper, actor and businessman made his 2014 album, Animal Ambition, available for purchase for a fraction of a Bitcoin upon release, making around 700 Bitcoin from sales. 50 Cent has admitted that he had forgotten about the earnings, which have sat untouched since 2014 and are now reportedly worth somewhere between £5 million and £6 million thanks to the meteoric rise of the cryptocurrency’s value in recent months. 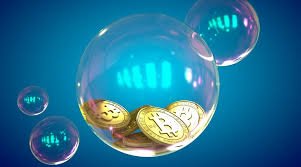 There have also been warnings from consultancy firms that initial coin offerings (ICOs), which raise funds by providing cryptocurrency tokens, are prime targets for cybercriminals. Ernst & Young analysed 372 ICOs which had raised $3.7 billion in total and found that hackers were taking as much as $1.5 million in proceeds from these each month with approximately $400 million stolen in total.

The announcements from governments worldwide that cryptocurrencies will soon be regulated has resulted in huge price fluctuations, with Bitcoin dropping from its high point of almost $20,000 in December 2017 to around half that towards the end of January 2018. The steep drop is due in part to the announcement by the government of South Korea, the third largest cryptocurrency market in the world, that its planned ban on the use of anonymous bank accounts in cryptocurrency trading would be implemented from 30th January.

Another concern surrounding cryptocurrency technology is the continued hype surrounding it, with companies taking advantage of investor buzz. The US Securities and Exchange Commission has warned that companies will be scrutinised over name and business model changes which have been made to capitalise on the hype.

Due to these developments in recent months, many economists are now predicting the cryptocurrency bubble could be about to burst. When, or if, this will happen remains to be seen, but the risks surrounding these relatively new forms of investment continue to be a worrying reality.

Concept Financial Planning Ltd. is authorised and regulated by the Financial Conduct Authority