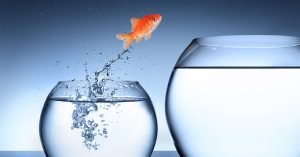 The Bank said that a rise in household spending has strengthened the British economy. Economic growth for the year is predicted to be 1.4% this year and the unemployment rate is expected to fall further below 4.2%, where it currently stands.

How does the rise affect you?
If you are on a variable rate ‘tracker’ mortgage, your repayments will increase. For example, if you have a £100,000 mortgage, this will add £12 to your monthly repayments.

It’s important to highlight that if you are on a fixed rate mortgage, your payments will stay the same until your base rate comes up for renewal. The Bank of England’s announcement does not mean that your rates immediately rise.

For prospective borrowers, the interest rate rise signals a change in the Bank of England’s tone. Further rate rises are a definite possibility. However, the Bank’s governor took a rather cautious tone which indicates that there are unlikely to be any more rises until 2019.

For the time being, base rates on mortgages are unlikely to rise above 3%. That said, the demand for rate fixes will be higher than usual this year.

Unfortunately for those of you going on holiday, after the announcement the pound fell by 0.9% against the dollar. This is due to the extreme political uncertainty surrounding the sterling with Brexit taking an unchartable track.

Reactions from U.K. businesses have been a mixed bag. The Institute of Directors, which represents about 30,000 members in the U.K., has said, ‘the Bank has jumped the gun’, whilst the British Chamber of Commerce similarly described the decision as ‘ill-judged’ at an uncertain time.

This negative perspective wasn’t unanimous among all lobbying groups. The Confederation of British Industry, the country’s biggest business lobby, welcomed the rise saying the case for higher rates had been building.

A small rise of 0.25% is likely to have a minimal impact on your finances. However, larger hikes down the line could have a substantial effect on the British financial landscape.

Concept Financial Planning Ltd. is authorised and regulated by the Financial Conduct Authority