April 2019 saw the increase of minimum contributions to auto-enrolment pensions from 5 per cent of wages to 8 per cent. With employers now required to contribute 3 per cent, rather than their previous 1 per cent, the Federation for Small Businesses (FSB) has warned that this could put “substantial” pressure on small businesses.

The Institute of Fiscal Studies (IFS) has reported an increase of workplace pension participation amongst small business employees of around 45% as a result of auto-enrolment. That means that businesses who employ between 2 and 29 workers will be seeing a significant extra cost towards pension schemes. These costs aren’t necessarily as daunting for larger businesses, but in the words of Mike Cherry, National Chairman of the FSB, “The costs involved for smaller employers are substantial, in terms of both expenditure and indeed their time, as they have grappled with finding a good provider and setting up whole new systems. Now that the 3 per cent rate has hit, the burden will be greater still.”

But with 70 per cent of UK workers employed by small businesses now on workplace pensions as a direct result of auto-enrolment (first introduced in 2012), employees seem to consider it as an attractive prospect. They too have seen an increase in their minimum contributions, from 3 per cent to 5, and so sacrificing a higher portion of their monthly wages has been accepted as a move that does come with its own benefits. Predictions from investment firm Hargreaves Lansdown state that in real terms, the average employer will see £30 of their monthly wages go towards their pension pot which, on average, results in total pension savings increasing by around £55,000.

Employers, on average, are predicted to now contribute £55 a month to the average employee’s pension pot, an increase from the pre-April figure of £37. These increases aren’t all bad news for employers however; Guy Opperman, Minister of Pensions, sees them as the opposite. “Automatic enrolment has been an extraordinary success, transforming pension saving and improving the retirement prospects of more than 10 million workers already. The increased cost on employers has been phased in over time so firms have had the opportunity to adapt. Pension contributions are a valuable employee benefit which firms use to attract and retain good people. This is true of small and large firms alike.” 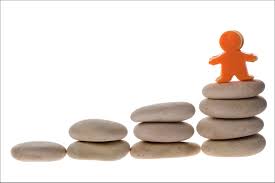 multiple pensions have lost track of at least one, with some admitting to have forgotten the details of all of them. With around two thirds of UK residents having more than one pension, this amounts to approximately 6.6 million people with no idea how much they’ve put away for their retirement. Double the amount of people admit to not knowing how much their pensions are worth.

It’s an undesirable side effect of the modern working world. Whereas in previous generations someone might stay at a single employer for their entire working life, the typical worker today will hold eleven different jobs throughout their career, which could potentially mean opting into the same number of pensions through as many different providers. The new legal requirement for all employers to offer a pension scheme through auto-enrolment is likely to add further complexities.

As a result, the Pensions Dashboard is set to launch in 2019 in the hope that it will make it easier for savers to keep track of their pensions in one place. Until then, however, there are four relatively simple steps to help you track down information on any pensions you’ve forgotten about:

The Office of National Statistics 2014 Annual Survey of Hours and Earnings provides us with evidence of the considerable impact of Automatic Enrolment within the pensions arena – for employees and employers. According to the survey findings:

Following the Pensions Act of 2008, one of the key reforms was that from October 2012, all eligible employees were to be automatically enrolled into a qualifying workplace pension scheme. Automatic enrolment was introduced for all employees aged between 22 and the state pension age, who earn more than £8,105 per year (£10,000 from April 2014) and are not participating in a workplace pension scheme.

On 4th February 2015, Minister for Pensions, Steve Webb, set out how from April 2015 people automatically enrolled into a workplace pension will see their charges capped at 0.75%, unless they have chosen a more expensive option. The action was described as helping ensure value for money in workplace pensions and safeguarding against high and unfair charges. The details in the form of draft regulations have now been laid before Parliament.

For an average earner currently paying into a fund with a charge of 1.5%, this new cap could save them around £100,000 over the course of their working life. The Government forecasts that over the next decade, the default fund charge cap will transfer around £200 million from the pensions industry to savers.

”Today is an excellent day for pension savers. It is vital that workplace pension schemes are run in the interests of their members and that their hard-earned savings are not eaten away by excessive charges.

Over 5 million people have now been automatically enrolled into a workplace pension and by 2018, millions more will be saving for the first time, or saving more. This is why we are building a pensions system that these workers can save into with confidence – and not see their money disappear in opaque charging structures.

There is an understandable buzz around what April will bring for those retiring now, with the unprecedented pension freedoms coming in. But these reforms show we are also determined to help the pensioners of tomorrow – people working hard and saving hard for their families’ future.”

The Financial Conduct Authority (FCA) will also be making corresponding rules to control charges and introducing Independent Governance Committees for workplace personal pension schemes from April 2015. The FCA rules, together with Government regulations, will ensure that savers are protected regardless of the type of workplace pension they are saving into.

The Government says that subject to Parliamentary approval, the draft regulations will be a major step towards ensuring a positive outcome for millions of people in retirement. The next declared stage of the government’s work to ensure full disclosure of costs and charges throughout the value chain is a plan to publish, with the FCA, a joint call for evidence, this Spring.